All items subject to prior sale. 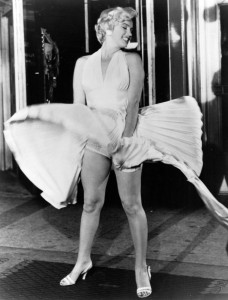 Film properties (props) include set dressing, costumes, and items used by the actors in the films.  Props are used to establish place, time, culture – the setting of the film.  Every film, no matter how short or seemingly simple, uses hundreds of props.  In spite of their numbers, screen-used props are difficult to find and even more difficult to authenticate, for several reasons. 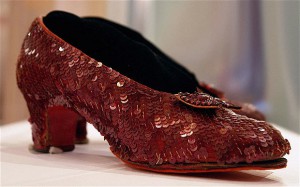 The price of a prop is determined by many factors, probably the least of which is the cost of a similar item that has not been used in a film.  Among the factors affecting the cost of a prop are the popularity of the film and its actors,  the uniqueness of the prop,  the extent to which the prop was used in the film, and the scarcity of props from the film or actor.  The most expensive props are those that can be demonstrated to have been used by one or more of the leading actors in a film – so-called “hero” props.  The most expensive hero props are those used by the most admired actors in the most popular movies.  In June, 2011, Marilyn Monroe’s iconic “subway dress” from The Seven Year Itch sold at auction in Beverly Hills for $5.6 million!!

Hero props are almost never one-of-a-kind.  A film cannot be jeopardized by having only one of a major costume or prop.  There are four known remaining pairs (of an estimated seven originally) of Dorothy’s ruby slippers from The Wizard of Oz.  One pair is in the Smithsonian, and one pair was bought this year for the Academy Museum of Motion Pictures by a consortium of Hollywood luminaries (Leonardo Di Caprio and Stephen Spielberg, among them) for an estimated $2-3 million (the price was not revealed).